Brian Berletic | When consensus for war is reached on the left and right of American politics, the march toward inevitable war is rarely stopped. Watching Breaking Points - what many might have believed was “progressive left” in the United States - invite an adjunct fellow at an arms/oil/banking-funded think tank on to sell war with China is a warning sign of just how dangerously close the US is to reaching that “consensus.”

Is China a Threat to World Peace? Carl Zha vs Lyman Stone Debate Does China presents clear and present danger to World Peace which requires containment? I debated this topic with Lyman Stone, Adjunct Fellow at the American Enterprise Institute, Research Fellow at the Institute for Family Studies, and former International Economist at the US Department of Agriculture.

US Marines in Taiwan: A De Facto US Occupation of Chinese Territory Brian Berletic |The Western media has “revealed” that US troops have been in Taiwan for over a year, secretly, and only being revealed now. In reality, this was already reported on a year ago - and also denied by the Pentagon - only to be finally confirmed a year later. 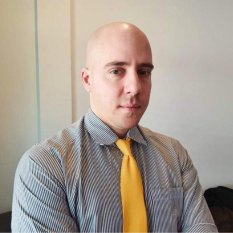