She wanted to talk to me about Uyghur situation in Xinjiang and my response to the allegations that I work for Chinese Propaganda and Influence Operation. I talked about my background and my takes.

Daniel Dumbrill unveils the story behind a Uyghur man that IPAC is trying to prevent from being extradited to China How many names does he have? Why didn`t an IPAC country accept him from Turkey if he felt unsafe there? Was it because he was arrested multiple times? Or it wouldn`t have been as useful enough a story? What was he arrested for? Why aren`t you taking more Uyghurs from Turkey then?

Extended thread by Daniel Dumbrill calling for action against rumours

Other publications by Carl Zha

Debating 1. Will China become a hegemon like the US? 2. What does rising Chinese mean for Chinas neighbors? 3. What should we think about Xinjiang? 4. Sinophobia and anti-Asian racism ...and more!

Interview with Descendant of Genghis Khan, Gordon Gao, Ethnic Mongol from Xinjiang, Part 1 Carl Zha | This is first time I interviewed a direct descendant of Genghis Khan on the Silk and Steel Podcast. Gordon Gao, an ethnic Mongol born and raised in Xinjiang tells his family history in Xinjiang thru Cultural Revolution and Sino-Soviet border conflict. We also discuss the implementation of China 1 child policy for Han Chinese vs minorities. He will tell his personal story growing up in Xinjiang as an ethnic minority in Part 2

Interview with Uyghur Independence Activist Arslan Hidayat Carl Zha | Isobel Cockerelle of Codastory challenged Carl Zha to interview Uyghur in exile. I extended my invitation for her to introduce her Uyghur contact for my show on Twitter. Uyghur Independence Activist Arslan Hidayat replied to my post and volunteered to be the guest on my show Silk and Steel Podcast. This is the full interview unedited.

Is China a Threat to World Peace? Carl Zha vs Lyman Stone Debate Does China presents clear and present danger to World Peace which requires containment? I debated this topic with Lyman Stone, Adjunct Fellow at the American Enterprise Institute, Research Fellow at the Institute for Family Studies, and former International Economist at the US Department of Agriculture.

Leave US go to China! 2nd Generation Chinese-American experience Carl Zha | In the atmosphere of increasing Sinophobia and racism against Chinese people in US, I talked to three 2nd generation Chinese Americans who had went to China to study, work, live and found success.

Silk and Steel Podcast Ep 105: US COVID Cover-up and War on China with Mr. T Carl Zha | I talk to returning guest “Mr. T” on new evidence of US COVID Response coverup at the highest level and future of US-China relationship under Biden and Trump Deputy NSA Matt Pottinger COVID response ass-covering piece in New Yorker.

Silk and Steel Podcast Ep 110 - Golden Triangle: Opium, China and Myanmar, Part 1 Carl Zha | I talk to returning guest Davide Melia about history of Opium Trade and its legacy in China and Myanmar and impact on China Myanmar relations. This is part 1 of the series.

Silk and Steel Podcast Ep 124 : Interview with an ethnic Mongol from Xinjiang Dr. Gordon Gao - Part 1 Carl Zha | This is 1st time I interviewed a direct descendant of Genghis Khan on the Silk and Steel Podcast. Gordon Gao, an ethnic Mongol born and raised in Xinjiang tells his family history in Xinjiang thru Cultural Revolution and Sino-Soviet border conflict. We also discuss the implementation of China 1 child policy for Han Chinese vs minorities. He will tell his personal story growing up in Xinjiang as an ethnic minority in Part 2

Silk and Steel Podcast Ep 130: China, India and Israel, Palestine with Justin Podur Carl Zha | I talk to Justin Podur of the Anti-Empire Project about the histories of India and China with Israel and Palestine, in the the wake of Israel 2021 atrocities in Gaza and West Bank of Palestine.

Silk and Steel Podcast Ep 56: COVID19 update from China with Peter Miller Carl Zha | interviewed Canadian Expat in China Peter Miller who teaches in his hometown Chongqing about his experience living in China both before and after COVID19 crisis hit.

Silk and Steel Podcast Ep 86 - US China Tech War w an Industry Insider On the day of Trump ban on Wechat, I talked to an IT industry insider about ongoing US-China tech war, its origin, role of US intelligence agencies and US tech giants, and the future of US-China competition in the tech space

Silk and Steel Podcast EP122 - Hong Kong and Xinjiang with Timppa Carl Zha | I interviewed Timppa, an ethnic Keralian born in former Soviet Union who had worked in Hong Kong and visited Xinjiang about his experience in both places.

Silk and Steel Podcast Korean War Series Ep 0: Anti-Japanese Resistance I talk to returning guest Taiwanese Communist rapper Xiangyu about Korean War from Chinese perspective. In the episode 0 of the series we talk about the history of Korean participation in the anti-Japanese resistance in WW2 China. The relationship between Korean Communists and Chinese Communist Party thru WW2 and Chinese Civil War.

Silk and Steel Podcast: Interview with a DPRK tour manager Carl Zha | I interviewed Rowan Beard, tour guide and manager of Young Pioneer Tours which arrange trips to DPRK about tourism in north Korea. Also featured as guest is Taiwanese Communist Rapper Xiangyu who went on tour with Rowan and shot a rap video in Pyongyang on a selfie stick

Silk and Steel Podcast: US Afghanistan Withdrawal, China Implications Carl Zha |I talk to Justin Podur of The Anti-Empire Project about US withdrawal from Afghanistan and implications for China, Pakistan etc

Silk and Steel Podcast: Xinjiang, a Modern History Carl Zha | We talked about Xinjiang and its recent history on the Silk and Steel podcast

Bill Hayton was former BBC journalist reporting from Vietnam and Southeast Asia and wrote “The South China Sea: The Struggle for Power in Asia”, on topic of invention of “Han Race”, Chinese language, territory, Chinese nationalism, and China itself. Hayton argues in his new book that China, the country we know today — a nation with borders, citizens and national interests—is a relatively recent concept, dating from a period straddling the turn of the 20th century. Prior to that, China was not — and did not consider itself — a “country” but rather the “Qing Great-State”. 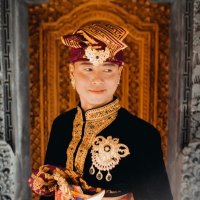