Daniel Dumbrill | As America ramps down their Afghanistan war efforts (on paper) their preparations for the next conflict have been kicked into high-gear. Yesterday`s propaganda won`t cut it which is why we`re seeing innovative new methods to push fear mongering and pro-war propaganda unlike anything we`ve seen before.

The same kind of lies and deceit are involved this time around, but the recruits and delivery have undergone a makeover. Listen to find out more about what to look at for and how to prepare yourself to see through this new propaganda push.

In this video I also dig deeper into the specific lies told by the US government`s new propagandist being propped up by their government owned media outlets.

2. The Brutality of US Sanctions Thread
Source explains statement
Comment:

Other publications on Media - Western media

Western Media Madness Jerry Grey | Take a look at any news headline referring to China in Western mainstream media (WMSM) these days and there will be some negativity.

Other publications by Daniel Dumbrill

A Conversation wtih Brian Berletic (ex US Marine Corps) on American Empire & Fighting Global Propaganda Daniel Dumbrill | Today Brian Berletic from The New Atlas to discuss what he does, why he does it and the climate of global propaganda and Americas attempt to retain global hegemony & preserve their empire.

Australian Languages Teacher Discusses the ABC Media & Anti-China Propaganda Daniel Dumbrill | Today a long time online-friend who has taken an interest in breaking down the languages and methods used by the mainstream media in Australia to manipulate people with carefully crafted emotionally charged language joins me for a discussion on the media climate in his country.

Australian Puppets of American Empire Expose Themselves Daniel Dumbrill | In this video we dig into a revealing little slip up that helped solidify how artificial the anti-China rhetoric in Australia really is and how the pro-war rhetoric has created an environment where the anti-china sentiment is being used as a weapon against other Australian citizens.

Daniel and Robbie reveal the war mongering in the Australian setting. Article - The China Narrative, Part One: War-machine propaganda: https://citizensparty.org.au/china-narrative-part-one-war-machine-propaganda Article - The China Narrative, Part Five: All roads lead to ASIO: https://citizensparty.org.au/china-narrative-part-five-all-roads-lead-asio Video - CITIZENS INSIGHT – The foreign interference pushing Australia to war with China – Melissa Harrison: https://www.youtube.com/watch?v=sN_O3xchNCI Tweet of James Paterson confirming that he works with the intelligence community and Australian MSM legitimizing/celebrating the idea of the "Wolf Pack" rather than examining how problematic it is: https://twitter.com/SenPaterson/status/1446633556365611009?s=20

China Hate Racist Youtuber Update - A followup on Laowhy86 & SerpentZa Daniel Dumbrill | In this video I provide an update on the two racist Youtubers I featured on my channel a few weeks ago. They`ve upped their game and put out even more ridiculous fabricated content.

Daniel Dumbrill highlights the coordination between ASPI and the NYT

Daniel Dumbrill highlights the dangers of of terrorism in Xinjiang

Daniel Dumbrill notes the effects of sanctions in various places

Daniel Dumbrill on BBC journalists and their hit piece

Daniel Dumbrill responds to Jordan Harbinger support for Laowhy86 Sept 2010, Matthew Tye (@laowhy86) dug up & desecrated human remains, some still wearing jewelery, from simply marked graves in Kenting, Taiwan. On his blog, he said he kept it as his secret. 5 years later he reflected, saying it wasn`t big deal because they were just poor locals.

This is who Jordan Harbinger is supporting

Daniel Dumbrill reveals more about Winston Sterzel and his background

Daniel Dumbrill unveils the story behind a Uyghur man that IPAC is trying to prevent from being extradited to China How many names does he have? Why didn`t an IPAC country accept him from Turkey if he felt unsafe there? Was it because he was arrested multiple times? Or it wouldn`t have been as useful enough a story? What was he arrested for? Why aren`t you taking more Uyghurs from Turkey then?

Desecration of graves by laowhy86

Ex-Al Qaeda Member discusses terrorism & China Daniel Dumbrill | In this episode I speak to a former Al Qaeda Salafist Jihadist from Egypt about global terrorism, what China is facing and get his opinions on China`s response.

Extended thread by Daniel Dumbrill calling for action against rumours

Guardians of the Galaxy Brains - Afghanistan War Apologists & New War Propagandists Daniel Dumbrill | In this episode I explore a strange crew of friends which include convicted criminals/fugitives, ex anti-war protesters & influencers promoted by war criminals trying to deploy a 2-for-1 propaganda campaign where they take American failures & war crimes and redirect them into a China fear mongering opportunity.

Guardians of the Galaxy Brains - pt.2 (Rebuttal Response) This is a quick follow up on my last Guardians of The Galaxy Brains episode to address a rebuttal put forth by Matthew Tye and Lewis Hand plus a look at Matt`s epic US Empire/War shilling video.

Libya Destroyed & ETIM (Xinjiang Terrorism) Video Follow-up. Daniel Dumbrill | In this video I say a quick few words on my last video and the reaction plus share an additional video about Libya and why it was destroyed - a story very useful to understand as we explore the truth about what`s going on with Xinjiang.

Manufacturing Narratives: Lessons from the Hong Kong Protests with Nury Vittachi Daniel Dumbrill | Nury Vittachi, a long time Hong Kong resident/journalist/author who describes his previous self as an anti-China journalist, discusses his book “The Other Side of the Story: A Secret War in Hong Kong” and speaks more about the 2019 protests, which completely changed his perspective on China, along with many other Hong Kongers as well. What unfolded in Hong Kong, how it was reported, the memory of those events and what is often left out serves as a valuable lesson about critical thinking and the sate of mainstream media.

MSM Shills - Sophie Williams, Kerry Allen & Their BBC Genocide Promotion Team Daniel Dumbrill | In this episode of Mainstream Media Shills I examine Sophie Williams and Kerry Allen from the BBC and show the twists and turns they make to slander anyone who challenges the mainstream media narratives that are designed to manufacture consent and make masses of people in the west indifferent to brutal sanctions and the genocides they repeatedly cause/excuse around the world.

New Zealand - Don`t Let Australia Bully or Brainwash You! Daniel Dumbrill | In this episode I talk about the inevitable ever increasing propaganda campaign that Australia and America will push on New Zealand in an attempt to brainwash your population into supporting their racist attack against China.

News on China Reunion - Casual Chat on Quarantine Experiences Covid & Vaccines In this video I sit down for a casual chat & reunion with Tings Chak and Marco Fernandes from Dongsheng News & Tricontinental: Institute for Social Research. We talk about our own personal quarantine experiences and briefly speak about the global vaccine situation and various pandemic measures around the globe.

News on China – New Kids on The Block Chain Ep 10 Join us for a discussion with Tings Chak and Marco Fernandes from Dongsheng News & Tricontinental: Institute for Social Research. We will discuss some of the most interesting China headlines from the past week.

Subboor`s Escape Plan & Winston Sterzel`s response/reaction In this video I provide a quick update on the debate I was supposed to have with Subboor plus some reactions from Winston Sterzel (SerpentZA) on my last video about his racist views.

The Real Potential for a Future Genocide in Xinjiang Daniel Dumbrill | In this video I reveal some very important details regarding the potential for a real wide scale genocide in the Xinjiang region.

White Supremacists boosted by YouTube to spread Asian hate Daniel Dumbrill | Asian Hate crimes are on the rise around the world, as we begin to understand the kinds of hate speech that play into and encourage these terrible crimes, YouTubers like Winston Sterzel (SerpentZA) and Matthew Tye (Laowhy86) continue to to push their propaganda designed to convince you that China and it`s people are inferior to the West. These are the exact kind of foundational dehumanising efforts that clear a pathway for these conflicts to happen. Dehumanizing the Enemy is something that is used over and over as a tool to promote conflict and Dehumanizing always starts with language.

Combined across their channels, Winston and Matt have over 1.8 million subscribers. In this video I want to show you the kinds of things they push out to their audiences. 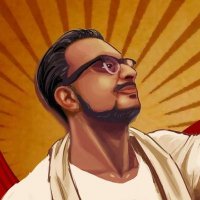