Scholz`s visit to China has been met with some dismay by those like ASPI who wish any engagement with China to fail. Objections to the visit cite a variety of reasons, from the mild to the hysterical. Impiombato manages to canvas all of these while ignoring completely the obvious pragmatism with which Wuttke approaches engagement.

This demonstrates that ASPI and Impiombato are out of their depth in analysing the German - Chinese relationship and rely on framing all engagement as automatically bad.

Impiombato`s questions are not questions at all - they are rhetorical statements that Wuttke is expected to affirm. Impiombato must have been quite frustrated that Wuttke gave sensible, considered and balanced responses.

Impiombato`s questioning reflects the ASPI obsession with telling negative stories about China, but, unfortunately for ASPI and Impiombato, Wuttke`s responses contradict the thrust of her narrative.

Impiombato`s questions are not meant to elicit information or facts. Largely, they are statements couched as rhetorical questions with the expectation that Wuttke will affirm her narrative.

Impiombato: "This has attracted no little attention and controversy generating tensions with other European investment leaders."

Wuttke`s rebuff: "actually in February this year we had the Grand Duche of Luxembourg and the President of Poland here. So we had two European heads of states already coming over."

Impiombato: "Interesting, so you think a lot of the negative commentary following up and that being accompanied by coalition of business leaders was a good move?"

Interpretation: "The visit was a bad move"

Wuttke rebuff: "it was necessary to show commitment but again there were no contract signings. There was no big show. ...the discussion in my home country were a bit ill-conceived because I really don`t see the problem with the equity part ... We are entering a new period over here and it`s just good to face reality"

Impiombato: "The coalition agreement that allowed Scholz to become chancellor in Germany promised a much tougher approach to China. How do you think that shows recent decisions that we have mentioned so far align with that coalition agreement and how this approach compared with his predecessor, Angela Merkel?"

Interpretation: "Scholz is a traitor to his commitments (and therefore should be condemned)"

Wuttke`s rebuff: "Well its too early to tell again you know. It`s not their business as usual. In the old days it was marketing. Market access is sort of making sure that the right kind of Chinese companies invest in Germany ... Believe it or not but the largest foreign investor in Taiwan is the European Union with 45 billion US dollars as a stock."

Impiombato: "What is in your view a sensible approach to China, not just for governments but also for businesses in the current climate?"

Interpretation: "In the current climate, we should be hating China, not engaging"

Wuttke rebuff: "so it`s not going to be just the 3rd term [for Xi] and it could well be the force the fifth of six as your former Prime Minister Kevin Rudd pointed out he could well be in office for 6 terms meaning at 2037 when he`s going to be 85 years old. ... So you have to engage so I can only say that the more European are also leaders, western leaders are visiting China the better because I`m really concerned about this echo chamber being established here ... The more engagement the better"

Impiombato: "So just that echo chamber that you mentioned it seems there is also sort of very contrasting predictions around zero COVID policy in China"

Interpretation: "Can I at least get you to condemn the COVID19 policy?"

Wuttke`s nuance: "It is going to be tough it`s going to be at last six to nine months until then we cannot open the border ... it has to be those 60 and above that have to be vaccinated and they can sell it nicely ... Again the data in the US generates everything. A lot of people died - life expectancy went down because people that were not vaccinated died. We have the same in Europe where in Bulgarian, Slovakia we have lower life expectancy because people die unvaccinated whereas in Denmark in Germany and Sweden actually life expectency is the same and virtually nobody dies anymore because there`s vaccination. So unless the government here comes out with a strong communication campaign (also indicated the political members all about 60 by the way so ideal for a showcase), for getting the jab until this happened everything else is wishful thinking"

Impiombato: "So you think they can still pull it off sort of painted as still a victory for China even though they would move away from the current policy?"

Wuttke`s nuance: "I guess again our recommendation is start vaccinations start a campaign protect the doctors by the way is another issue in in this country is a doctor vaccinate someone who`s elderly or has problems and this person dies the doctor is toast really is in our societies at the doctors are legally protected so there`s a lot of homework to do before you can consider actually opening up the country and go back to normal"

Impiombato: What do you think is the direction China is more likely to take instead of the more medium to long term both in economic and geopolitical terms?

Interpretation: A real question Wuttke nuance: "Well the Congress showed it very clearly where we`re having and many people have forgotten we`re talking about the Communist Party of China and Xi as a Communist Party leader. for private Chinese entrepreneurs they the sentiment erosion is notable."

Impiombato: So it is feeling really down there at the moment, is it? A lot of people have tried to leave the country?

Interpretation: "China is bad so people are leaving in droves" Wuttke nuance: "Well it depends on what you see many people I mean is 1.4 billion you can imagine but I guess that those people are considering leaving that speak foreign languages, that have foreign connections, that have the money and that have prospects to get a good job and to be entrepreneurial outside ... I hope that these people can be convinced by the leadership to stay and and to do there saying that the common prosperity gets a little bit better explained"

Impiombato: "That would be really interesting to watch in the coming years for sure. Going back to Europe and particularly the European Union where do you see the stance and positioning on China heading towards?"

Interpretation: "The European Union should not be dealing with China" Wuttke nuance: "Where are we heading? I actually don`t know because China also has threatened Taiwan. I think about a year ago hardly anybody could have pinpointed on the map where Taiwan is located. ... I always very much in favour of deeper economic relationships with the Tawainese. ... there is a red line and we have to be more pronounced about the Taiwanese independence will lead to war. So we have to be a little bit more clear about what China`s red lines are. Again, a topic I hope where Scholz took away something last Friday listening to Xi. I hope it was a dialogue and not just the two monologues."

Impiombato`s desparate last word. "We have been definitely watching how the anti-coercion instrument plays out in Europe"

No need for her to pay attention to Wuttke`s sage advice: "So in a way we get better and preparing our toolbox but the same time we should not go down the road of de-coupling we should look into de-risking, about diversification in some segments but otherwise just welcome Chinese as a business partner."

Must have been uncomfortable for ASPI and Impiombato to hear their narrative contradicted.


Other articles on this topic 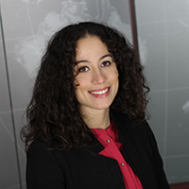