Jerry Grey | Take a look at any news headline referring to China in Western mainstream media (WMSM) these days and there will be some negativity.

"We’re either lying being paid coerced or not even human we’re bots. Let me stress this isn’t something that happens from time to time; this is a daily occurrence; sometimes several times a day.I’ve travelled to literally hundreds of cities"

"Hohhot in Inner Mongolia as well as the megacities of Beijing and Guangzhou."

"I’ve cycled over 30000 kilometres inside of China; including all the way to the Western border with Kazakhstan and the entire East Coast from Harbin almost to Hainan."

"“The Coming Collapse of China” the American writer Gordon Chang"

"an apocalyptic version of China’s murderous and evil world domination"

"Chinese people are just about to rise up in revolution"

"“The Chinese people like their Kazakh neighbors are ready to take to the streets as they feel the ill effects of Xi’s ‘reforms.’”"

"China is a country that defies every visitor’s expectation"

"Chinese people are wonderful but need saving from their evil government"

"population bent over by the yolk of oppression"

"People are friendly and happy"

"If we are to believe the BBC we will learn that this low crime rate is a bad thing!"

"The Chinese army hasn’t invaded another country since 1979 and that was a three-week incursion into Vietnam."

"largest force of United Nations peacekeepers in the world"

"unacceptable cost to society and consumers"

Other publications on Media - Western media

New Atrocity Consent Manufacturing Propaganda For America`s Next / Post-Afghanistan War Daniel Dumbrill | As America ramps down their Afghanistan war efforts (on paper) their preparations for the next conflict have been kicked into high-gear. Yesterday`s propaganda won`t cut it which is why we`re seeing innovative new methods to push fear mongering and pro-war propaganda unlike anything we`ve seen before.

The same kind of lies and deceit are involved this time around, but the recruits and delivery have undergone a makeover. Listen to find out more about what to look at for and how to prepare yourself to see through this new propaganda push.

In this video I also dig deeper into the specific lies told by the US government`s new propagandist being propped up by their government owned media outlets.

Other publications by Jerry Grey 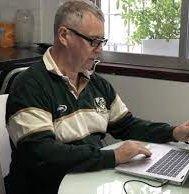