Since spring 2017, the Xinjiang Uyghur Autonomous Region in China has witnessed the emergence of an unprecedented re-education campaign. According to media and informant reports, untold thousands of Uyghurs and other Muslims have been and are being detained in clandestine political re-education facilities, with major implications for society, local economies and ethnic relations. Considering that the Chinese state is currently denying the very existence of these facilities, this paper investigates publicly available evidence from official sources, including government websites, media reports and other Chinese internet sources. First, it briefly charts the history and present context of political re-education. Second, it looks at the recent evolution of re-education in Xinjiang in the context of ‘de-extremification’ work. Finally, it evaluates detailed empirical evidence pertaining to the present re-education drive. With Xinjiang as the ‘core hub’ of the Belt and Road Initiative, Beijing appears determined to pursue a definitive solution to the Uyghur question.

Claims regarding Xinjiang re-education centres based on media and personal testimony of Uyghur activists.

Other publications on Xinjiang - alleged genocide

Ben Packham on the GBR

Cultural erasure - Tracing the destruction of Uyghur and Islamic spaces in Xinjiang The Chinese Government has embarked on a systematic and intentional campaign to rewrite the cultural heritage of the Xinjiang Uyghur Autonomous Region (XUAR). It’s seeking to erode and redefine the culture of the Uyghurs and other Turkic-speaking communities—stripping away any Islamic, transnational or autonomous elements—in order to render those indigenous cultural traditions subservient to the ‘Chinese nation’.

David Rennie describes China under COVID Dec 21, 2021 I was asked to describe life in zero-covid China by ⁦@TheEconomist @1843mag. I hope the piece conveys just a little of how different life is here. https://www.economist.com/1843/2021/12/20/i-live-in-a-zero-covid-world

Drew Pavlou being an infant

Other publications by Adrian Zenz

Coercive Labor in Xinjiang: Labor Transfer and the Mobilization of Ethnic Minorities to Pick Cotton New evidence from Chinese government documents and media reports shows that hundreds of thousands of ethnic minority laborers in Xinjiang are being forced to pick cotton by hand through a coercive state-mandated labor transfer and “poverty alleviation” scheme, with potentially drastic consequences for global supply chains. Xinjiang produces 85 percent of China’s and 20 percent of the world’s cotton. Chinese cotton products, in turn, constitute an important basis for garment production in numerous other Asian countries. Previously, evidence for forced labor in Xinjiang pertained only to low-skilled manufacturing, including the production of textiles and apparel. This report provides new evidence for coercion specifically related to cotton picking. These findings have much wider implications, affecting all supply chains that involve Xinjiang cotton as a raw material. On Dec. 2, 2020, the United States placed a Withhold Release Order on cotton produced by the Xinjiang Production and Construction Corps. However, this entity only produces 33 percent of Xinjiang’s cotton and only 0.4 percent of its highest-quality long-staple cotton. This report provides evidence for coercive labor related to all cotton produced in Xinjiang. 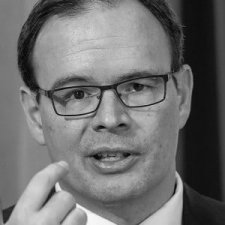